Founded by Aman Birdi (me!) in January 2016, Digiruu has helped hundreds of satisfied businesses to get started on their app. Just a few years ago, after achieving success with my own app startup (reached number one in the App Store for the “Educational Games” category and the top 50 of all games, ahead of established names such as Iron Man and Spiderman), the power of apps really became evident to me.

Here’s why: people are spending more time on their smartphones than ever. In fact, recent statistics have shown that people are spending up to four-five hours of their day on mobile, 92% of which is in apps. This is showing no signs of slowing down as many users have skipped the desktop generation completely and gone straight for mobile. As a result, businesses are able to capitalise on this, receiving up to 60% higher profits through mobile apps and scaling faster than ever.

But it’s not as simple as just building an app and watching the numbers roll in. The majority of businesses, when trying to make an app, treat it like building a website and just focus on getting everything about their business on it. This is wrong and is not the job of an app! In fact, it’s where we see a lot of big brands fail. They end up spending hundreds of thousands (if not millions) on an app that looks great and is extremely capable, but ultimately a jumbled mess. This results in users becoming confused about the app’s core purpose and how it fits into their life, thereby not using it.

Here’s what these brands don’t realise. Websites create new customers. Apps create loyalty. The job of the app is to create loyalty, and for that, you need to create an app that solves a problem for your user, and one that is focused on the solution to that problem. What you end up with is an app that maximises engagement with your customers and creates raving fans for your business. For this, you need a strategy and a team to execute it for you. That is where we come in.

We’re an Official Partner to the Finance in Sport network, to advise and support sports clubs and organisations with the development strategies and solutions for creating or improving their apps, with the overall focus being to increase fan engagement and communication.

We’re part of only a handful of companies in partnership with Tapcart, the mobile app provider for over 7,000 of the world’s fastest growing Shopify brands, trusted to utilise their solution to help Shopify store owners generate more orders.

We have a close partnership with Judopay, an end-to-end payment solutions provider that delivers you the simplest, most convenient and secure way to take payments from customers in your app, trusted by brands such as KFC and JustPark.

Dont’t take our word for it – here’s what our clients say:

Ready to get started on your app?

NEED TO GO SOMEWHERE ELSE? 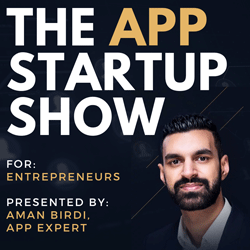